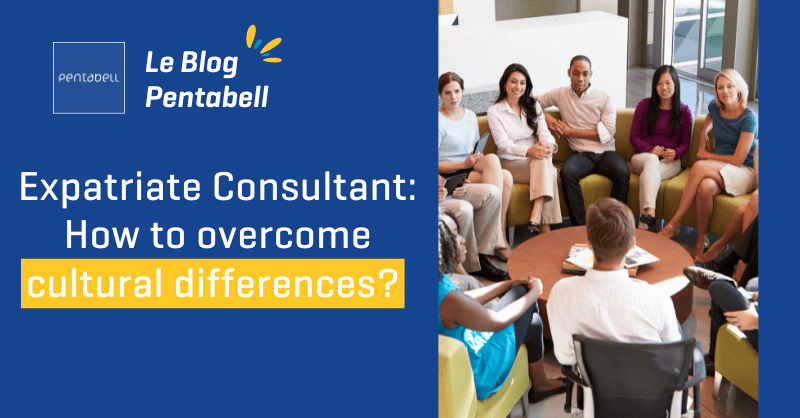 While many expatriates are able to adapt to the customs of a country, they face obstacles in the workplace and difficulties in becoming familiar with a foreign work culture. Due to globalization, large international companies are increasingly sourcing from abroad or sending employees to work in their international subsidiaries or branches. These expatriate workers are then confronted with a cultural upheaval that must be addressed for their successful integration into the company.

Give yourself time to adapt

Integrating into a foreign company requires a period of adaptation. It is essential to become familiar with the culture of the country, to understand the basics of the language and to make new acquaintances in order to feel at ease in and adapt to this new environment.

Despite the fact that cross-cultural management is becoming a major issue in today’s companies, newcomers still have to adapt to a system that is sometimes totally unknown to them. The first few days as an expatriate consultant in the company can go smoothly. However, certain basic principles must be respected.

Being a good listener

The ability to listen is necessary to better understand this new system and how it works. Paying attention to your colleagues and superiors while remaining discreet and humble is a good first step towards integration. It is also a way to learn about the types of relationships that employees have with each other so that you can learn from them. Some employees in the company will most likely be approachable and available, while others will most likely be more reserved; you have to know how to juggle and accommodate different personalities.

You should be able to modify your behavior in some foreign companies if you are used to the way of life in your home country. As the rules have changed, an adaptable attitude and knowledge will be appreciated.

Ask for help from your supervisors

Each company, each country, each activity has its own management methods that must be understood in order to make the most of them. Moreover, if respect for superiors is a universal rule, it is particularly important in the context of expatriation. Referrers can help an employee grow; they are also a source of knowledge and experience that should not be overlooked. Respect and recognition will always be appreciated.

Being a foreign employee in a company is not really an obstacle, but some colleagues may be jealous of a new colleague. Being in a mutual aid dynamic, having a team spirit, being available to support others if they are curious will facilitate your integration.

Furthermore, having skills and experiences acquired in another country is an added value that others can benefit from.

Sharing this knowledge will allow you to form invaluable bonds with your colleagues and to feel a perfect synergy with them. Friendships will most likely be formed and extra-professional invitations will be extended.

We can’t say it enough: moving abroad requires a major effort to adapt on your part. Even if you are not necessarily in the middle of the cultural differences of your host country, be curious! Don’t be afraid to learn about the habits and customs of those around you. If you’ve decided to live in a big city, it may not be the best place to start. Use your free time to explore the suburbs and meet the people who live there. If you love nature, go for a walk in the countryside and try the local cuisine. Take your time to discover the ancient traditions that have been preserved in some areas.

There is nothing like observing and interacting with people in your host country to help you integrate. For example, during your lunch break, you can discuss cultural differences with your co-workers, or you can ask one of your neighbors to accompany you on a tour of the neighborhood to better understand the local way of life. Take the time to learn about what to do at specific festivals, events and locations.

Be open to trying new things

When traveling to visit clients in other countries, be open to trying new things – like food – at least once. Even if you don’t like something, you will be appreciated for making the effort. If you are allergic or prefer not to participate in something (like drinking alcohol), don’t compromise your own values to accommodate theirs. You are allowed to respectfully decline.

When visiting clients in other countries, be prepared to try new things, like food, at least once. Even if you don’t like something, your effort will be appreciated. On the other hand, if you are allergic to something or prefer not to participate in an activity (e.g., drinking alcohol), do not compromise your own values to accommodate theirs. You are free to politely decline. The goal is not to build walls, but to build bridges and welcome cultural differences.

Consider the cultural needs of your employees, clients or colleagues, such as prayer times or religious holidays, when planning your work schedule. If the roles were reversed, you would certainly want someone to respect your culture.

Keep an open mind, regardless of your industry. Recognize that your way is not the only way. You don’t have to change your culture or persuade others to change theirs, but rather find common ground where everyone can understand, respect and embrace cultural differences.

Respecting the local people, their culture and their beliefs makes it easier to adapt to your new environment. Accept them as part of your host country’s customs and practices that you will have to get used to, whether it be eating habits, certain values such as the place of women in society, or practices that do not always seem clear to you. For this reason, avoid spending too much time with expatriates and do not be afraid to participate in social activities.

Be patient and give yourself time to adapt. Making value judgments about other people’s cultures can prevent you from appreciating the richness of that diversity. To avoid misunderstandings and hasty judgments, make friends with the local population and ask them to enlighten you on some of their practices that seem shocking or incomprehensible.

Get as much information as possible

Before leaving for your host country, it is important that you learn as much as possible about its culture. In order to avoid any embarrassment, knowing the taboos will save you from making mistakes. Taking the example of Asian countries, such as Thailand or China, you should avoid putting things over your head or touching it.

In fact, the head is one of the most important parts of the body because it houses the spirit and the soul, so according to their customs, it deserves the greatest respect. In these same countries, one should avoid closing doors or drawers with the feet, because these are the lower parts of the body and are therefore considered impure.

Respecting the religion of others

Each country has a distinct culture. So what seems logical in one country may not be perceived as such in another. People’s habits are influenced by their geographical location, their history and especially their religion.

Did you know that China has the largest non-religious population in the world? Given the number of temples and pagodas there, this seems unlikely. However, many studies show that many Chinese people are atheists. Beware: religion is not forbidden in China, even if the government and the communist party are atheists! In fact, the Chinese constitution guarantees freedom of religion. This means that you are totally free to practice your religion. However, the country officially recognizes only five religions: Buddhism, Taoism, Islam, Catholicism and Protestantism.

If your religious denomination is not listed, there is no reason to despair. Nothing prevents you from practicing it in private, at home, for example.

In professional environments, especially in Muslim countries, it is strictly forbidden to drink alcohol, unlike in European countries. Some countries strictly prohibit the sale and consumption of alcohol. Penalties are very severe and can go as far as prison sentences, which is why it is important to be informed about the smallest details.

Cultural specificities of some countries-Examples

Cultural differences are not only evident in the kitchen, but also in everyday life.

Humor: Humor and business don’t always mix. The British sometimes use it to defuse tensions during a negotiation, while the Germans do not.

The value of silence: In both Japan and the UK, silence is considered part of body language and plays an important role in interpreting exchanges. In the U.S., on the other hand, verbal communication is essential to doing business, while body language is secondary.

Behavioral Codes: The United States is by nature a multicultural country, so beliefs and positions must be respected and taken into account when interacting with others. In Italy, a polychromatic culture, people can work on multiple tasks at the same time, so taking calls during meetings is not unusual or rude.

Hierarchical vs. initiative: In Denmark, decisions are made as a group and employees must take the initiative. In cultures with a strong hierarchy, such as Japan, seniority determines who makes decisions.

The intercultural challenge is real and obvious: companies must allow their mobile employees to interact with people from different cultures and backgrounds, while respecting diversity and without feeling vulnerable.

The expatriate’s new lifestyle will be influenced by different values, customs and ways of thinking.

This intercultural change is extremely complex, as it involves not only human relations, but also behavioral adaptation to unknown and unpredictable situations.

We hope you enjoyed our article, please feel free to send us your comments!

How to Network Effectively: 10 Tips to boost your professional growth

Although the Covid-19 pandemic has accelerated the transition to online employment, our desire ...
Read More
It & Telecom
0 Comments

Will 5G have an impact on the labor market?