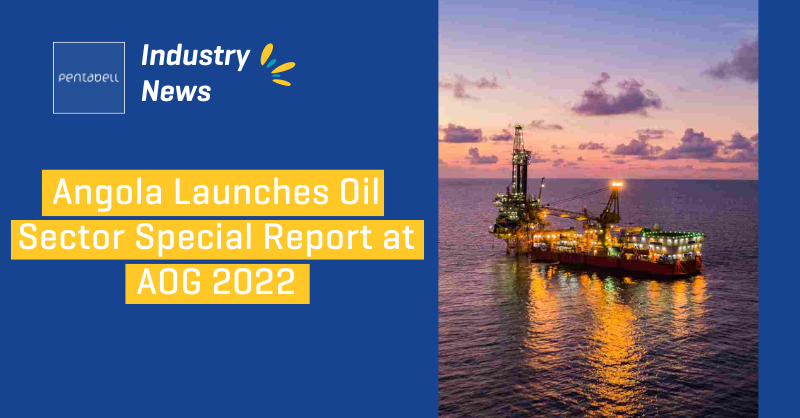 The Special Report on the Oil Sector was released by Angola’s Ministry of Mineral Resources, Petroleum and Gas (MIREMPET) on Tuesday at the Angola Oil & Gas (AOG) 2022 Conference & Exhibition‘s opening ceremony. The publication, a MIREMPET initiative based on the Presidential Decree establishing the Inter Ministerial Commission for the Readjustment of the Oil Sector (CIAROSP), an in-depth analysis of the impacts of Angola’s prolific energy sector reforms to date, as well as future targets for growth through 2030.

Due in part to extensive policy reforms started in 2018, starting with the Regeneration Program of the national oil company Sonangol and the establishment of the National Agency for Oil, Gas, and Biofuels (ANPG) as an independent concessionaire, Angola has risen to become Africa’s largest crude oil producer since last June. The 90-page, bilingual publication emphasizes the value of a robust regulatory environment and a stable

The work since the creation of the ANPG, the operationalization of the Regulatory Institute of Petroleum Derivatives (IRDP), the restructuring of Sonangol, and the work and support from the Angolan oil companies are all covered in this report, which not only reflects the work of the sector but also records a living witness of each stakeholder. Kátia Epalanga, executive administrator of Sonangol, said, “We would like to emphasize their support and work.

The special report, the first of its kind, combines insights from the public and private sectors on the past accomplishments and outlook for Angola’s energy sector, including its role in the energy transition, growth prospects for oil and gas, and most recent advancements in local content. The publication includes interviews with representatives from MIREMPET, Sonangol, ANPG, IRDP, Total Energies, Azule Energy, Equinor, ExxonMobil, Chevron, Angola LNG, and Somoil in addition to exclusive data on Angola’s exploration and production, gas and renewables, refining and petrochemicals, distribution, and commercialization activities.

The publication, which is printed in both English and Portuguese, will be distributed in a limited number of copies at the AOG 2022 Conference & Exhibition. Energy Capital & Power and MIREMPET collaborated to create the Special Report on the Petroleum Sector.